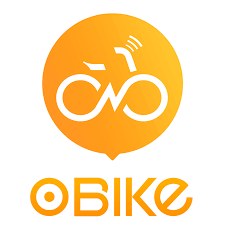 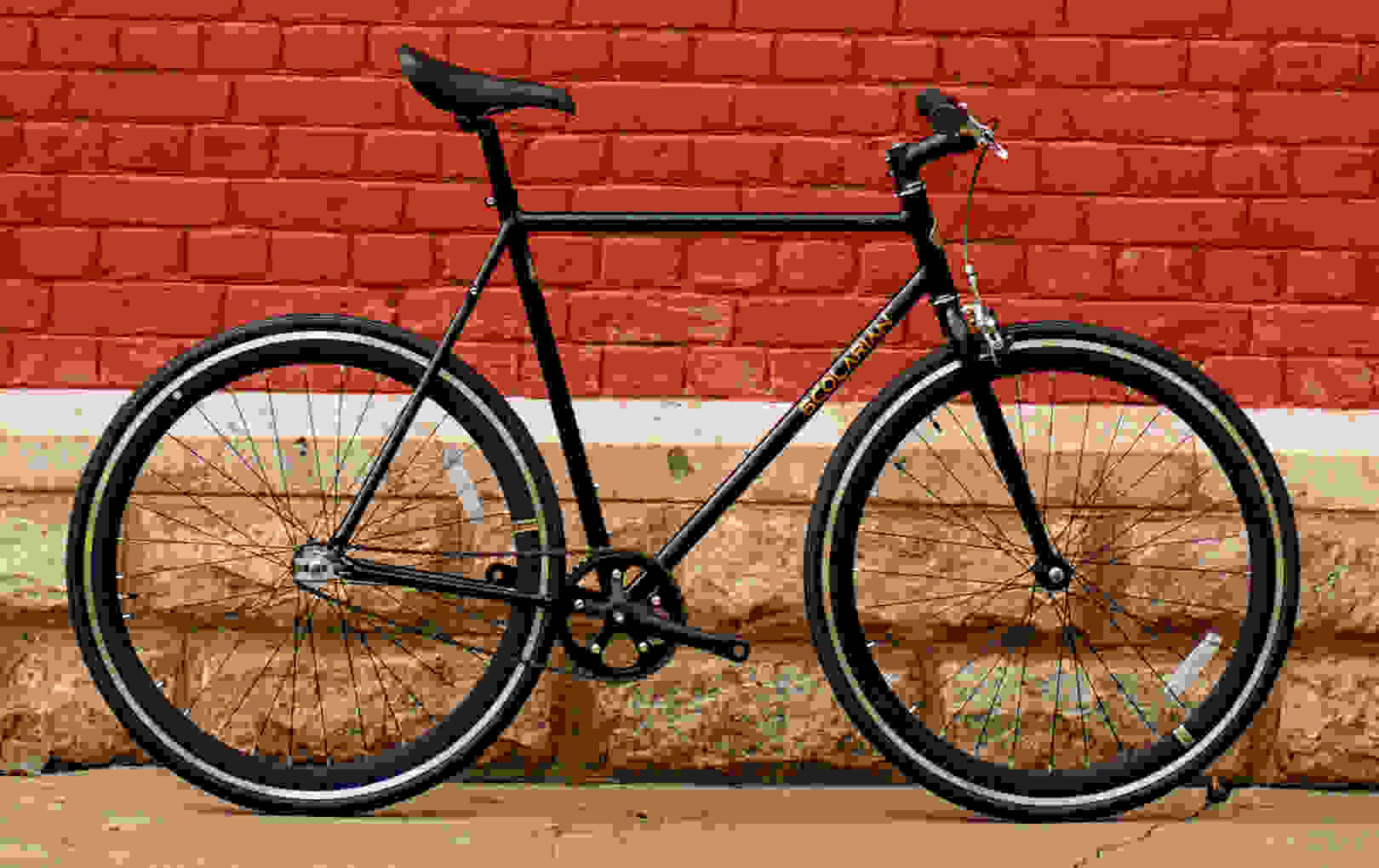 What are Fixie Bikes ? 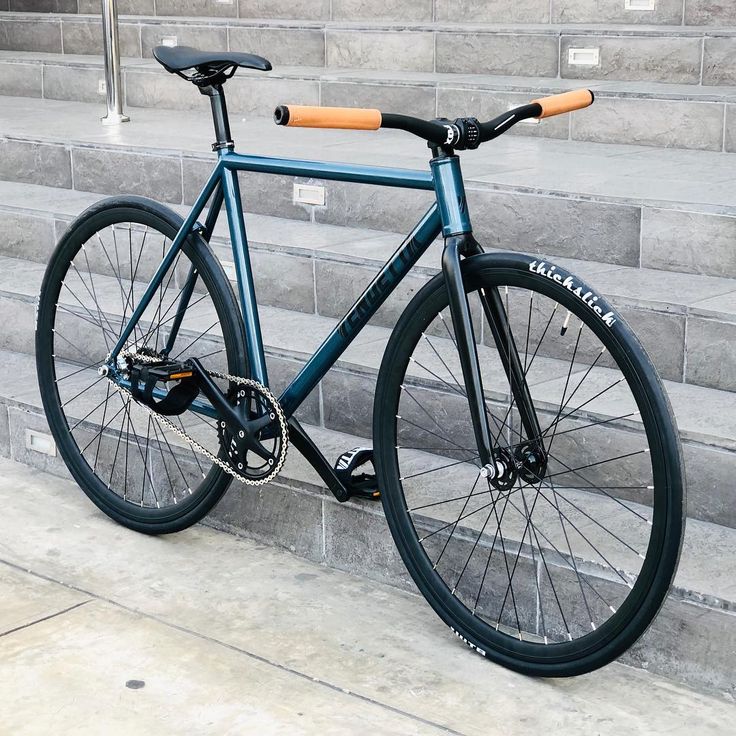 Fixed gear bikes, commonly known as fixies, have no freewheel mechanism. So, if you want to ride it, you’ll continuously have to pedal it otherwise, it won’t move. They are made from machines that are used for velodromes and track racing.

Fixie bikes got all the fame because they’re pocket friendly and easy to ride. Continuous pedaling is good if you’re a fitness enthusiast, it will help you to burn more calories than riding any normal bike. You can make a fixie yourself or convert an exciting bike into a fixie.

What are Single Speed Bikes? 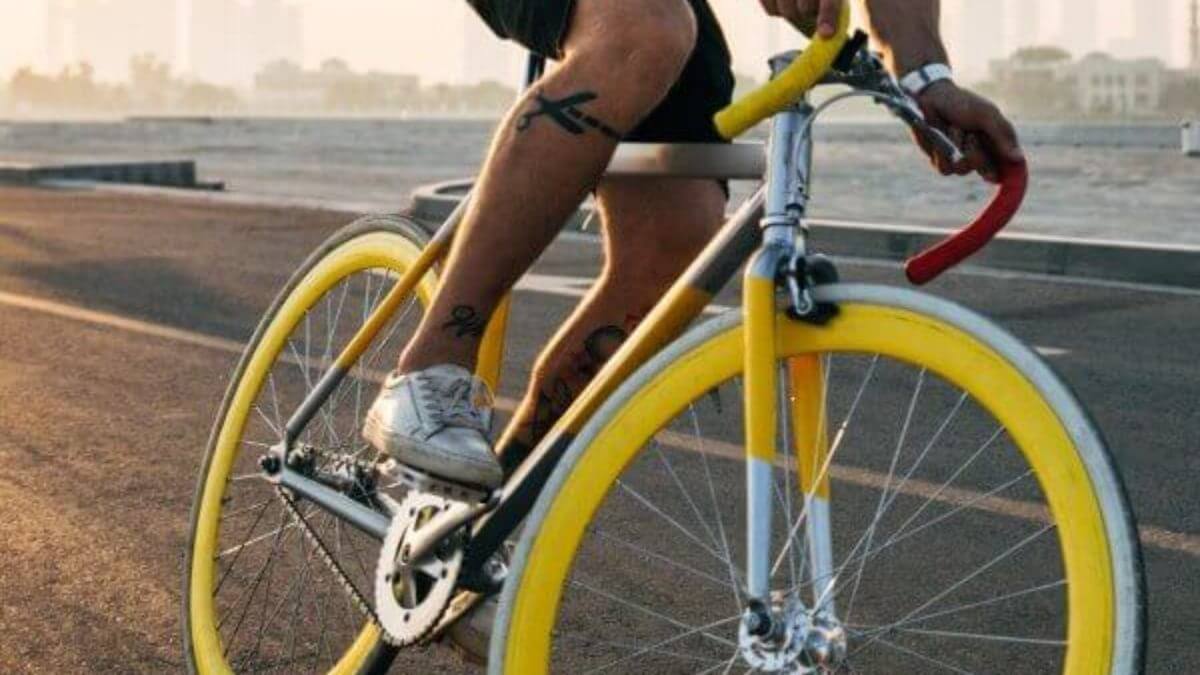 Many people think that fixies and single-speed bikes are the same, but they are not. A single-speed bike has one gear ratio. So, it doesn’t require continuous pedaling. It has a single chainring and one rear sprocket. Single-speed bicycle has a freewheel.

Though people might consider them the same, they’re not. There are minute differences between both bikes.

Things to Consider While Buying Single Speed Bike or Fixie

Now that you have understood well that these bikes are not the same and have many differences, let’s see the things that you must consider while buying a single-speed bike or a fixie bike. 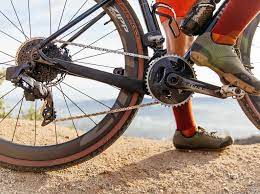 The type of gearing you need in a bike depends on you, and where you’re riding. If you use too low gears, you’ll end up spinning out. If you use too high gears then you might end up hurting your knees. Choose the perfect gearing according to your fitness level.

44/16 is a good ratio between chainring and sprocket for a hybrid or a road fixie, whereas a lower ratio would be perfect for a mountain fixie. The best part is, it is easy and pocket friendly to change gear, chainring, or sprocket in a fixie bike. 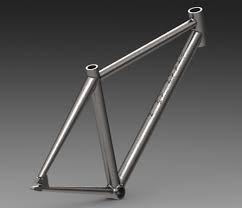 Most single-speed bikes’ frames are made up of steel or alloy. Though alloy frames are lighter in weight and easy to carry, steel frames are comparatively stronger and easily repairable. Strong bike stems are also important.

Regarding forks also, it’s better to have steel forks, they’re strong enough to handle different kinds of terrains. Single speed mountain bikes come with rigid forks and a mountain bike with suspension can easily be converted into a single speed bike by removing suspensions. 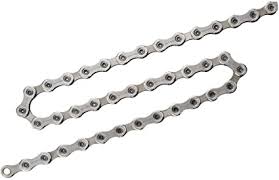 Most fixies have wider chains because they’re under more pressure than a normal bike. Some fixies also come with narrow chains but you can ride it to only limited and plain terrains. 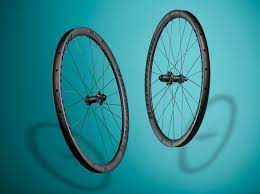 Most fixed gear single speed bike wheels have a flip-flop hub. It helps in running both the sprocket and freewheel on the same wheelset. Single Speed wheelsets do not need extra space for big cassettes so they are made symmetrically, and not with a right-side dish. It’s important because it allows the rider to flip the hub which turns it into a more robust wheel with wide bracing angles.

If these rocky mountain cycles then they are fat tire mountain bike otherwise they have thin tires. it is not at all possible to turn a normal wheel into a single-speed wheel so few lesser-known companies make special wheels for single-speed bikes.

If you ride your bike in the mountains or on uneven terrains then it’s better to have clipless pedals. It will give you more control over your legs and your bike. Pedals can be completely your choice and what you’re comfortable with. When it comes to fixie bikes, their speed can be controlled by stopping pedaling because they require continuous pedaling. Though, some fixie bikes also come with a single brake lever operating a brake on the front wheel.

Make sure that you only ride bikes that have brakes, it’ll save you from accidents. Riding a bike without brakes can be dangerous for you as well as for others.

Like Also:  How to Ride on Pump Track? (What You Need to Know)

Bikes are the best. Not only do they help in saving some bucks on fuel, but they also help in keeping you physically fit and saving the environment from pollution as well. If you’re new to biking and want to try something different then you can go for fixie bikes or single speed bikes. 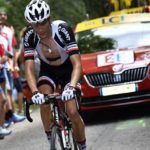 How to Use Heart Rate Training in Cycling ? 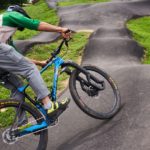 How to Ride on Pump Track? (What You Need to Know) 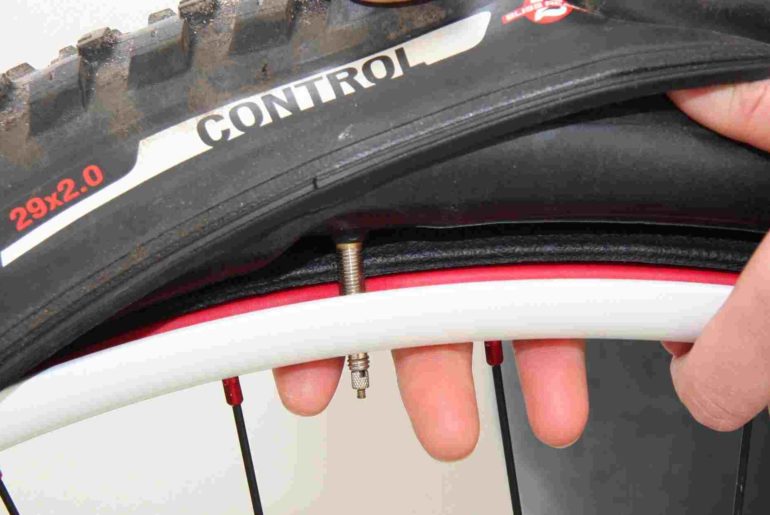 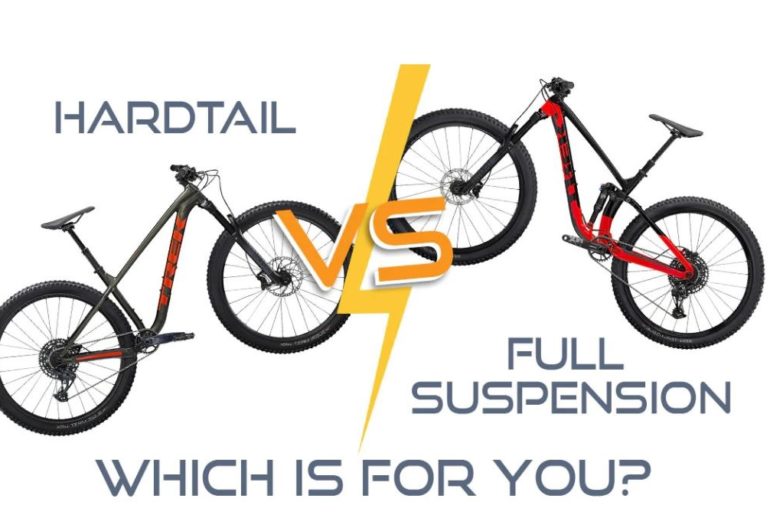 Hardtail vs Full Suspension: Which One is Perfect For You? 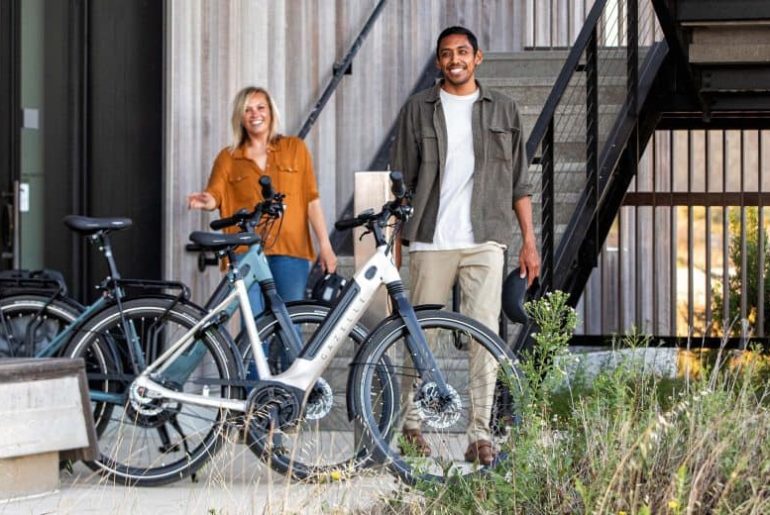 How to Choose an eBike? (Tips to Consider) 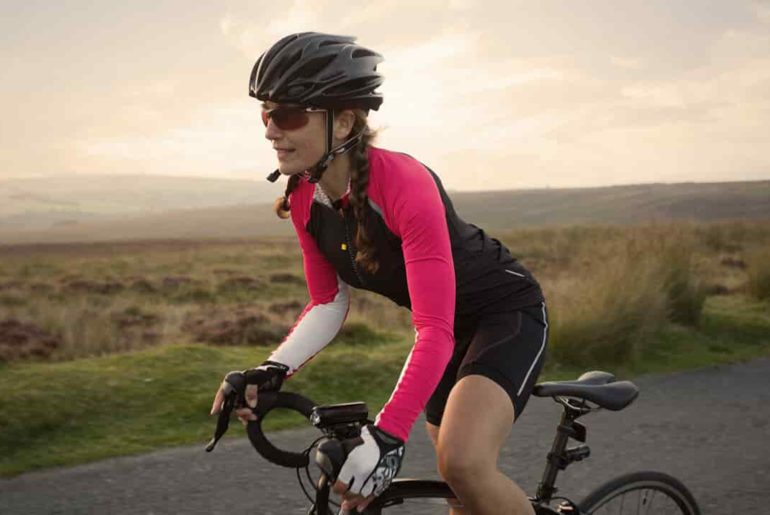 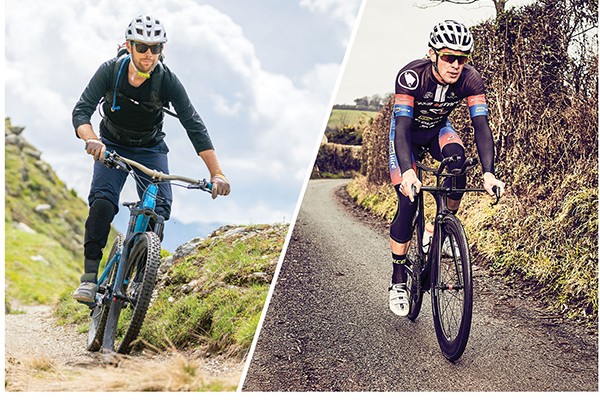 Mountain Bike vs Road Bike | Which One is Suited for You? 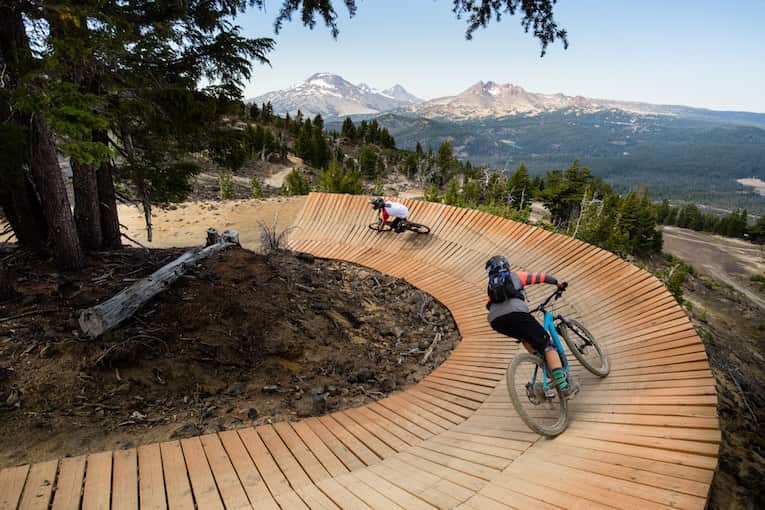 We at o.bike provide valuable Reviews of Bicycles & Outdoor Gear. Our team personally tests all the gears and bicycles. Whatever we write on this site is true to our knowledge and is based on our personal experience. It’s a free resource to buy different types of Bikes.